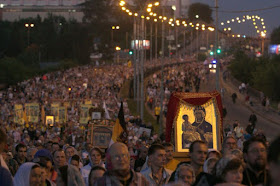 
As all the world might still remember, President Trump met with President Putin on July 16 to discuss peaceful cooperation between America and Russia, and an end to what pundits have been calling Cold War 2.0.

Media reaction was swift and furious with perhaps the most colorful broadside going to Jill Wine-Banks, a former Watergate prosecutor, who blasted the President on MSNBC. For Banks, Trump’s behavior at Helsinki was comparable to the Cuban Missile Crisis, 9/11, Pearl Harbor and, bizarrely, Kristallnacht (when Nazis smashed the windows of Jewish shops in 1938). In her own words:

“We were burglarized this time by foreign agents. It’s just as serious to me as the Cuban Missile Crisis in terms of an attack or the 9/11 attack. The president is taking the side of the people who attacked us.

“His performance today will live in infamy as much as the Pearl Harbor attack or Kristallnacht and it’s really a serious issue that we need to deal with.”

Good heavens, the prospect of peace with Russia just sunk the Pacific Fleet, threatened nuclear war, destroyed the Twin Towers, and the livelihood of Jewish merchants. Who knew? But Banks’ voice was just one of hundreds if not thousands and such was the firestorm that you’d be forgiven for not noticing that the Helsinki summit took place on the eve of an important event, the 100th anniversary of the murder of Tsar Nicholas’ family. It’s worth recalling.

In the early hours of July 17, 1918, a Bolshevik death squad led by a drunken Peter Irkmakov, opened fire on the Imperial family and their retainers from the doorway of the room in which they were held captive.

Tsar Nicholas died instantly, his wife Alexandra and their children, Olga, Tatiana, Maria, Anastasia and Alexei were not so fortunate. It took a further twenty minutes of shooting, clubbing and bayoneting on the part of the enraged Bolsheviks to dispatch the Romanovs until, as one of the killers stated, the floor was slick with blood “like an ice rink.”

Such was the Red Terror, at least as applied to Tsar’s family; others were less fortunate. Some estimates put the number of clergy hideously tortured and killed by the fanatically atheist Soviets as high as 200,000 persons.

But that was then, today the terror’s over and some 100,000 people processed in pilgrimage to Yekaterinburg and the place of the Romanov murders, now marked with a golden domed church. A moving tribute to martyrdom and a stirring reminder that the gates of Hell shall not prevail, but the story’s not over.

While violent, revolutionary Communism may well rest in Marx’s unhappy dustbin, its spirit’s alive and kicking in the West, though the struggle has shifted gear from economics to culture. To be sure, the goal of overthrowing two thousand years of Christian civilization and replacing it with an egalitarian utopia is still pursued with messianic fervor, but the method’s changed.

Instead of encouraging an enslaved proletariat to rise up with AK 47s and seize the means of production, today’s revolutionaries attack and destroy the ideas, values and traditions of a civilization they hate and despise.

Georg Lukacs, Hungarian revolutionary and a founder of the Frankfurt School, an influential Marxist think tank, outlined the goal and method of this new cultural phase of the revolution:

“I saw the revolutionary destruction of society as the one and only solution. A worldwide overturning of values cannot take place without the annihilation of the old values and the creation of new ones by the revolutionaries.”

Lukacs was writing after World War I, he’d doubtless be pleased at the progress of his intellectual heirs.

The “old values,” are well on the way to annihilation, right down to the deconstruction of human nature itself. Bruce Jenner, for example, is famously a woman and you’d better not say anything to the contrary unless you’re prepared to stand before the commissars of the nearest hate speech tribunal.

No doubt about it, the cultural revolution’s in full swing, as the “new ones” rise from the operating table in all zir Frankensteinian glory.

Michael Rechtenwald, a professor at NYU, sounds the alarm:

“We’re undergoing a Maoist-like Cultural Revolution — with the power of the corporate mass media, corporate social media, the academy, most of corporate America, the deep state, the shadow government, and most of the legal apparatuses behind it. Anti-western, anti-individual, anti-Christian, anti-liberty monsters are ravaging our cultural legacies as well as our contemporary arts and letters.

“Our entire culture is under siege and undergoing an utter and relentless social justice dismantling. Leftist totalitarianism is running amok. We’re on the precipice of completely losing our culture, the benefits of western civilization, and the entire legacy of western civilizational history. A major resurgence and counter attack is necessary and soon.”

In sum, Lukacs’ project of destruction, of tearing down the culture to a hi-tech version of Cambodia’s Year Zero is well advanced and a counter attack's needed, but who will lead the charge. Who will save Christian civilization with all its values and freedoms from the revolutionaries who want to destroy it?

The answer, of course, is the Church. As Belloc famously wrote, Europe is the Faith. The Faith, catholic Christianity, is at the foundation and heart of Western culture, it defines us and provides the necessary value to fight back against the anti-value of the destroyers.

“They build and we destroy,” says the Satanist Manasseh in Williams’ War in Heaven. Manasseh, in the grip of his hatred wasn’t wrong; the Church, the Mystical Body of Christ, militant on earth, builds up with all the creative power of God Himself.

And so they destroy children in the womb, we bring children to life. They dehumanize the person by denying the reality of our sexuality, for them this is merely a “construct.” We affirm the God given reality of the sexes, “male and female He created them.” They reduce marriage to an omnisexual pleasure principle, divorced from its natural end. We elevate it to a sacrament, mirroring the union of Christ and His Church, from which new life is born, children.

We build and they destroy, we offer being, fulfillment, joy, truth, peace and the life of God Himself, they offer nothing but destruction. Their nihilism, like sin itself, is an absence, a parasitic nothingness that exists only insofar as it takes on life from the substance of its host, the very thing it seeks to destroy.

Consider, the Red Guards of the 21st Century revolution tell us that abortion is healthcare and becoming a transsexual is freedom. Health and freedom, two values straight from the body of Christendom and surely impossible for any right-thinking person to oppose; but look what happens.

Healthcare, flowing from the Christian values of charity and the sanctity of life, becomes in this instance its very opposite, killing a baby. All the while God given freedom to choose the good devolves into a genderless tyranny. If this, gender, is a construct, regardless of biology and the world of things then how real is it? Not very, it’s an affair of mind and scalpel, an invention and with that our freedom to be male and female is erased. These categories no longer really exist, they're something we make up, a construct.

Abortion and transsexualism, apt symbols or sacraments of the cultural revolution, both being outward and visible signs of an inner spirit whose aim is to annihilate and destroy. In the one case, life in a woman's body, in the other the reality of the sexes. And both, quite literally, result in nothingness, the void of the empty womb and the hybrid no-sex of the transsexual.

Against this the Church offers the absolute reality of God’s being given to us in Christ for our redemption, in Word, Sacrament, Creed and the Church herself. We offer something rather than nothing and that’s a winning formula, which brings us back to Russia.

A thing, the Faith, stood firm against the Bolsheviks in the face of horrendous persecution and for all their sound and fury the empty nothingness of their nihilism dissipated like smoke before a flame, leaving Russia free to sit at the feet of its healer, Christ.

Dostoevsky, with seer-like precision makes the point, writing to his friend Maikov in 1870:

“Exactly the same thing happened in our country: the devils went out of the Russian man and entered into a herd of swine, into the Nechaevs (nihilists)… These are drowned or will be drowned, and the healed man, from whom the devils have departed, sits at the feet of Jesus… And bear this in mind, my dear friend, that a man who loses his people and his national roots also loses faith in his fathers and his God. Well, if you really want to know – this is in essence the theme of my novel [Demons].”

These devils were indeed drowned. Once the epicenter of the Godless Bolshevik utopian experiment, Russia is now a Christian country, building on average 1000 churches a year. Its President is a Mass-going, catholic Christian and as we’ve seen, over 100,000 people went on pilgrimage to the shrine of the Romanovs on the centennial of their martyrdom.

The evil spirits have been cleansed from this suffering country, which returned to the feet of Christ, its demons driven into a herd of swine.

No wonder, then, that today’s left, cultural and otherwise rails against the prospect of peace with Russia. It’s the country that got away, that escaped from beneath the talons of the spirits that attempted to tear it apart.

Those same demons rage against us with swinelike ferocity and we too will be victorious, count upon it, but only and here’s the kicker, if we keep the Faith.

In the strength of that, let the counter-revolution begin.


Fr. Michael Heidt is a priest in the Diocese of Fort Worth and Editor of Forward in Christ.